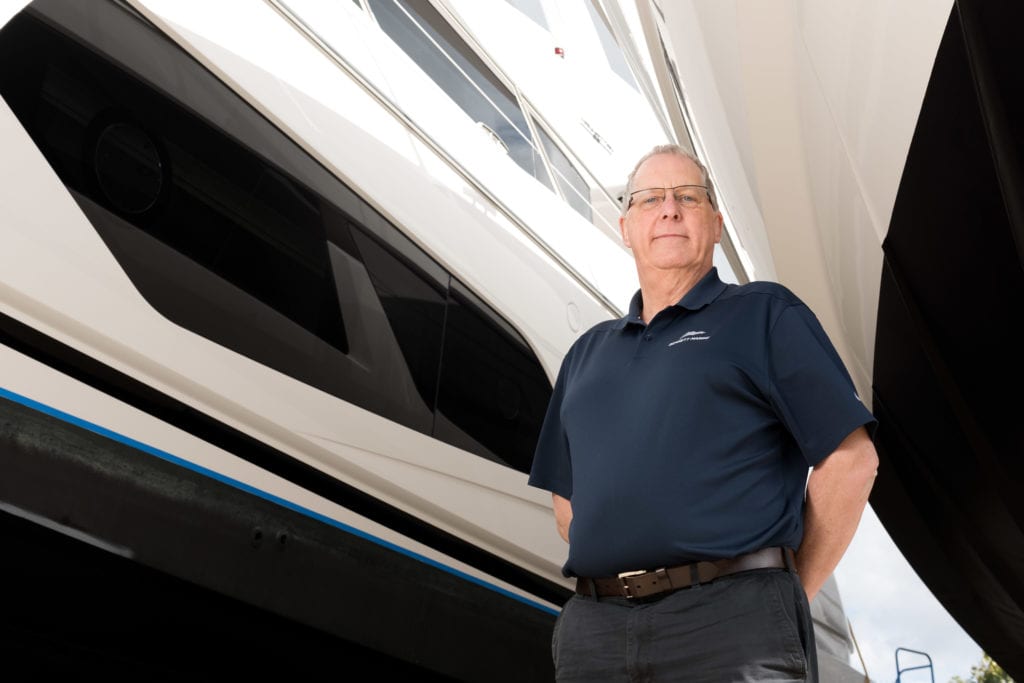 “EchoPilot is a pioneer in Forward Looking Sonar ever since patenting the World’s first forward looking sonar in 1992, and its latest FLS 3D sonar system is one of the very best on the market,” he said. “Boat owners are very familiar with 2D sonars, but these can only give a representation of what lies directly below, and what has already passed, the keel, with a significant time lag. However, thanks to advances in transducer and graphics technology, EchoPilot’s FLS 3D has a scan ratio of 20 times the depth of water. This means that in just five metres of depth, the sonar can ‘see’ in great detail 100 metres ahead. This breakthrough means the EchoPilot FLS 3D outperforms rival products costing up to10 times as much, but which can only offer an eight times depth ratio, equivalent to just 40 metres ahead for the same five metres of depth.”

Mr Scott said the FLS 3D will strengthen the range of products MCI offers to the market for larger yachts.

“MCI sees great potential when this kit is fitted to the tenders of explorer-type vessels,” he said. “Having a real-time 3D display of the seabed some distance ahead will prove invaluable when cruising well off the beaten track. Another innovation of the FLS 3D is the one second refresh rate. This rapid updating of the graphic display allows a vessel to navigate into an uncharted area in real time, greatly adding to the safety and enjoyment of the visit. The use of twin retractable transducers returns a view ahead of 60o horizontally, and 90o vertically, giving a forward range of up to 200m and a depth range of up to 100m.”

EchoPilot sales and marketing manager Frederick Graves, said: “We are delighted to have found a partner to assist us in realising the possibilities of our FLS 3D. This product is one of the most proven forward-looking technologies on the leisure market. We are confident that both MCI’s status as an established supplier of high-quality marine equipment along with Andy’s personal market experience will prove to be a significant factor in our expansion plans.”

The EchoPilot FLS 3D will be demonstrated on the Daniamant stand at the METStrade exhibition in Amsterdam from November 19 to 22 stand 01.708

The new deal with EchoPilot follows a period of rapid expansion for MCI. The company has recently announced two new distributor deals with Duarry liferafts and BSB’s range of fire dampers. The Duarry deal sees MCI appointed exclusive UK distributor for the latest models in Duarry’s ISO9650 Leisure range for four, six, eight, 10 and 12 people as well as its Compact SOLAS range of liferafts, which has capacity for six, eight, 10 and 12 persons. The BSB deal, meanwhile, sees MCI awarded global rights to distribute BSB’s A60 fire dampers, which are a mandatory requirement on all SOLAS-compliant vessels over 500 gross tons. MCI also recently reported that new deals in the superyacht and motor boat sectors, across the UK and Europe, have helped to ramp up turnover to £1.35million in 2018/19, nearly double sales from two years ago. MCI was taken over by Andy Scott in 2017.

For more details on MCI’s products contact its sales team:

Each EchoPilot FLS 3D transducer is available in two sizes, 5in (12.7cm) or 10in (25.4cm) and in either bronze, stainless steel or aluminium to suit all types of hull. The ‘black box’ central processor has HDMI and VGA outputs to make it compatible with almost all types of display screen, including modern multi-function touch-screen versions.

Founded in the UK in 1989, Echopilot has since designed and manufactured 45 different marine instruments of which 140,000 units have been sold worldwide. The company patented the world’s first real-time forward-looking sonar (FLS) in 1992, and the 3D version in 2012. Now specialising exclusively in 2D and 3D FLS, EchoPilot has since been acquired by the Danish-based Daniamant Electronics, itself a specialist manufacturer of electronic marine safety and communication equipment.