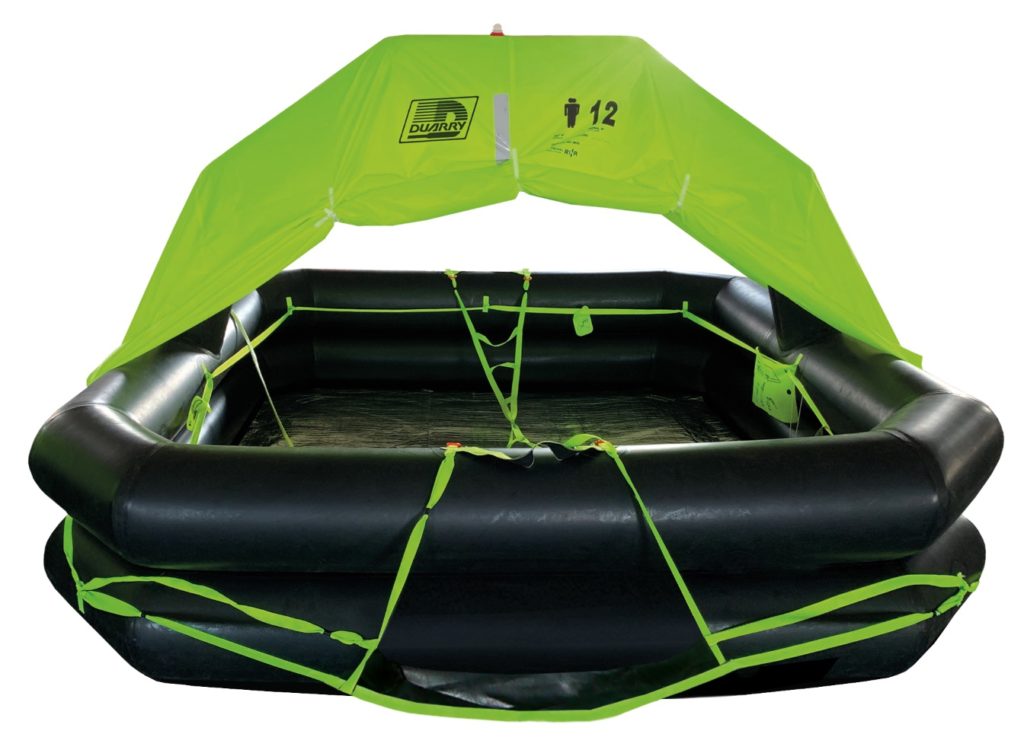 Dorset-based Marine Components International (MCI) has signed a new exclusive contract to distribute the latest range of Duarry liferafts for the yacht and motor-boat sectors in the UK.

MCI managing director Andy Scott said the deal will be formerly launched at the METs trade show in Amsterdam in November, the world’s largest fair for leisure marine equipment.

“We are delighted to have won this deal with Duarry,” he said. “For MCI customers, the quality and pedigree Duarry offers as one of the most established players in the market with a heritage dating back to 1968 is paramount when selecting a potentially life-saving piece of equipment. MCI will be stocking the latest models in Duarry’s ISO9650 Leisure range for four, six, eight, 10 and 12 people as well as its Compact SOLAS range of liferafts, which has the capacity for six, eight, 10 and 12 persons.  We will be promoting all these models at METs, which are available now, as well as our campaign to appoint dealers throughout the UK. This dealer network will ensure customers have quick access to these impressively lightweight and compact products.”

“It was important to us that we appointed a company that shares our outlook towards offering a high-quality life-saving product,” said Juan F. Duarry. “We know that with MCI we will be working with a company that is well established in the UK marine market with other leading brands, so it is a good fit for us.”

Mr Scott said a key advantage of the Duarry range for MCI customers is the streamlined weight of the liferafts.

“Weight is always an issue with liferafts, which may have to be manhandled over the side in very difficult conditions, so the new Duarry ISO9650 Leisure series are lighter and smaller than equivalent ISO models on the market,” he said. “Both the container and valise versions are flat-packed, with the valise as portable as a holdall. This makes them ideal for users who are pushed for space, or who want to lighten the vessel as much as possible. Typical users include racing yachts or short-handed blue water cruisers.”

Mr Scott said the four-person ISO9650 valise-packed liferaft is a full 15 per cent lighter than its nearest lightweight rival, whereas the six-person container-housed model is 30 per cent smaller than standard versions. The Duarry ISO9650 Leisure liferafts are Type 1 approved and come as standard with a 24-hour pack but can also be offered with SOLAS ‘B’ packs if required.

By contrast, Mr Scott said the Compact SOLAS liferafts, which range from six to 12 persons, are all supplied in flat containers that offer one of the smallest footprints on the market.

“This Compact SOLAS range of liferaft are particularly suitable for large charter yachts that have to comply with SOLAS regulations or commercial vessels whose design puts space at a premium,” he said. “The containers can also follow the current trend for colour co-ordination and can be supplied in custom colours that blend seamlessly with a yacht’s overall paint scheme.”

Mr Scott said UK distributors can see examples at the METS trade exhibition in Amsterdam between 19 and 21 November. An MCI representative will be on the Ausmar-Duarry stand, no 01.462, to discuss supply options.

The new deal with Duarry follows a period of growth for MCI. Earlier in October the company announced it had been awarded the global rights to distribute BSB’s range of A60 fire dampers, which are a mandatory requirement on all SOLAS-compliant vessels over 500 gross tons. MCI also recently reported that new deals in the superyacht and motor boat sectors, across the UK and Europe, have helped to ramp up turnover to £1.35million in 2018/19, nearly double sales from two years ago. MCI provides distribution and technical support for a range of manufacturers and was taken over by Andy Scott in 2017. Growth is being driven by orders for Bennett Marine products and the American manufactured Groco range of bronze valves and strainers with deals being struck with superyacht and boat building yards in Italy and Greece.

Another area of growth is MCI’s Dr Shrink range of industrial packaging which is used to shrink wrap boats during refit and winter storage as well as protect machinery during transportation and buildings under construction. Mr Scott said he plans to double MCI’s turnover within three years to more than £3million.

For more details on MCI’s products contact our sales team:

Established in Barcelona, Spain since 1968, Ausmar-Duarry manufactures a wide range of both commercial and leisure life rafts that meet the latest SOLAS and class regulations. The company received its first SOLAS approval in 1976 and became Spain’s dominant supplier by 1979. In 1981, the company created Ausmar, a maritime safety subsidiary charged with establishing a global network of approved service centres. This network is now available in over 70 countries.